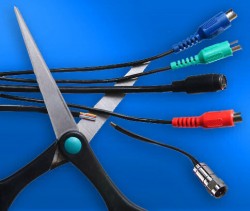 Cord cutting a trend? Nielsen to begin counting online streaming ~ CBS News
For many years, roughly 99 percent of homes in the U.S. had televisions that received service through broadcast, cable or satellite signals. Now the number of homes without such service is 4.2 percent – and growing each year